Here to inspire You!

Old Money Outfits: The “old money style” refers to the nobility, the aristocracy or the rich upper class in general. Its wearers are people who have inherited their wealth rather than earned it themselves.And contrary to what you might expect, the enthusiasm for this aesthetic is growing more and more across all generations and even among the youngest fashionistas.

For in fact, the hashtag #oldmoneyaesthetic has more than 90 million views worldwide on TikTok, while #oldmoney already counts 322 million.

So the dream of looking expensive is becoming more and more tangible. More and more Tiktokers are recreating outfits based on this timelessly beautiful aesthetic, inspiring millions of fans in the process.

And it’s hit us, too. After all, this timeless, very classic style simply enchants every fashion heart.

Today we’ll also give you a few elegant examples of the old money aesthetic that will surely enchant and inspire you.

Where Did the Old Money Aesthetic Come From?

As I mentioned earlier, so-called “old money” is money that has been passed down and inherited over several generations.

Moreover, families with old money don’t come from middle-class or working-class families, but from businesses or fortunes from several generations ago.

The so-called “new money,” on the other hand, was earned recently. The new rich are first-generation millionaires and billionaires.

Accordingly, the “Old Money Aesthetic” originally came from families with aristocratic titles (titles of nobility) in Europe or also from the WASP culture (White Anglo-Saxon Protestant) in the United States, who can afford, for example, the sports of polo, golf or tennis.

In series like “Bridgerton” or “The Crown,” we see again and again such families, who with their elegant, chic style contribute to this style (again) gaining popularity.

What Are the Characteristics of the Old Money Style?

Before we show you the 50 outfit inspirations, it’s first important to understand the basic rules of this aesthetic, so you won’t have a hard time creating your own old-money outfits anymore.

These are the most important tips that you must follow to look old money:

Especially in summer, a simple and super helpful tip is to go for lighter colors like white, light blue, pink, yellow, or other light pastel shades.

This is because the rich know that light colors not only protect them from excessive sunlight, but these colors also make them look much neater, friendlier, and most importantly, chicer.

Dark clothing quickly looks dull and can leave a rude, distant impression, which is to be avoided at all costs, especially for rich people.

After all, just because these families are already wealthy doesn’t mean they don’t want to expand their wealth. And for that, good contacts and long business relationships are essential – so their overly bright clothing sets a foundation stone for friendly, open conversations here.

So if you’re also interested in networking with successful, interesting personalities, you should heed this simple but effective tip.

Bad materials can ruin your outfit within seconds. Because even if you think that most people don’t see the fabric composition of your look: They do, unfortunately.

Maybe not necessarily the direct fabric mix, but still, you see – and worst case you smell – the bad production and manufacturing of these items.

Pieces from predominantly synthetic fabrics should be taboo from now on! They only make you sweat excessively anyway, always look cheap, and make you look anything but elegant.

I, therefore, recommend, especially if you’re on a budget, that you create capsule wardrobes with 20-30 elegant, timeless pieces for each season, which you can then combine in the most diverse chic ways. This will not only save you a lot of time and stress, but also a lot of money.

So invest rather in a few, high-quality materials, for example, linen, cotton, wool, silk, or cashmere instead of unnecessarily many pieces in poor quality at the worst of almost fashion stores to own.

3. Tie a Sweater Over Your Shoulders

I actually put together a few outfits in this style myself yesterday and even though I already loved tying sweaters over my shoulders before, yesterday I realized even more how much it makes the outfit more elegant.

And I highly recommend this to you too: tying a sweater over your shoulders has such a great, casually elegant vibe that puts you right into that “right off the tennis court” flair.

It’s basically such a simple trick, but it really works wonders and is practical too. When it gets a little chilly in the evening, you’ll have something you can throw on right away and you won’t have to lug a jacket around.

Something that wealthy, “old money” people probably hate the most are flashy logos that literally scream “I want to look rich“.

Since these people 1. don’t need it and 2. don’t find it elegant, you won’t see anyone with old money walking around like this.

And that’s a good thing – it gives us the advantage of not having to wear designer pieces to recreate this aesthetic.

With high-quality materials and a good fit, everything is already done – it shouldn’t even be recognizable from the outside, from which brand an item is. And if you can see a logo it should be a small, minimalist logo such as on Ralph Lauren* or Lacoste Polos*.

How Do I Get An Old Money Aesthetic?

Since there is more to the “old money aesthetic” than just dressing accordingly, I recommend you to become more and more the best version of yourself on your journey to be able to live this lifestyle in the long run.

This means, for example, visiting places where old money people hang out to get inspired by them or maybe even connect with them. These can be fancy restaurants, golf courses, or even tennis courts. You might even attend a polo match near you. The main thing is that you’re surrounded by people who inspire you in this regard.

In addition, you won’t get distracted so quickly and you’ll be able to integrate more and more of the other themes that old money people deal with as well, to integrate these aesthetics not only into your clothing style but also into your lifestyle.

In particular, Brunello Cucinelli and Hermès are known for their timeless, elegant designs and quality craftsmanship, as well as their heritage for “old money” clothing.

Other brands such as Louis Vuitton, Gucci, Balmain, and Prada, however, have more of a new-money vibe due to their flashy logos and oversized fits.

With its timeless designs and cuts, Chanel is definitely one of the pioneers when it comes to “old money” brands.

In particular, the world-famous tweed jackets of the brand enjoy great popularity among the women of wealthy families.

Polo Ralph Lauren is also one of the top 10 “old money” clothing brands, and with its classic polo shirts*, it’s hard to imagine a golf course without them.

What Is New vs Old Money?

In the case of so-called “new money,” it is the exact opposite: here, “new money” refers to the wealth acquired by or in the first generation.

How can a Woman Look Rich? – 7 Simple Tips

These are 7 simple tips that really anyone can follow and look a lot richer and more attractive!

What Colors Make You Look Rich?

There is no general answer to this, because every color can make you look rich as long as it suits you.
But you should avoid neon colors or flashy patterns and prints, because they are difficult to combine.

If you liked this blog article about the 50 most elegant old money outfits, don’t forget to follow us on Pinterest so you don’t miss any more fashion and beauty news! 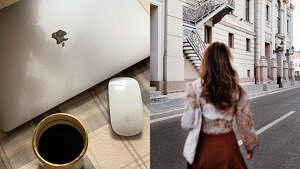 How to Dress like a Scandi Girl (and 3 Things to Avoid!) 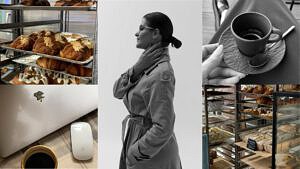