Skip to content
Does Nivea Test on Animals? Nivea has been a household name for many years. It supplies millions of people with self-care products on a daily basis.
However, when you’re a vegan, you may have to research the company a little. So, does Nivea test on animals?
Let’s take a look at the company’s practices and whether or not you can use its products as an animal lover.

Does Nivea Test on Animals?

Nivea is a German skincare company that produces products like creams and lotions. These can help with many skin conditions and general moisturization.
The brand is a subsidiary of the Hamburg-based company, Beiersdorf. Both Nivea and its holder have specific policies on animal testing.
A while ago, Nivea tested almost all of its products on mice and rats. Although, as the market standards changed, the business attempted to shift its practices.
Over the years, the German brand has changed how they handle new product releases.
In general, Nivea no longer tests their products on tiny furballs. However, there are some countries that enforce animal experimentation guidelines.
For example, China still requires some animal testing on cosmetic products.
Since Nivea sells its items in the Asian region, we can’t definitively say it’s cruelty-free. Instead, the brand only conducts research on rodents when absolutely necessary.

People started recognizing the negative effects of animal testing in the early 2000s. Since about 2004, the European Union deemed all this type of experimentation banned.
Nivea does its best to comply with these rules. So, when the testing became illegal, the company stopped all practices immediately.
However, the brand sells its products worldwide. Sadly, that means it has to accommodate every region’s standing laws.
For that reason, in some areas of the world, Nivea still experiments on animals. This is in an effort to maintain international sales lines.
As of 2023, Nivea and Beiersdorf don’t test on rats or mice, unless mandated by law.
Therefore, the brand’s policies will depend on where you’re purchasing its products. In the USA, almost all products are cruelty-free. Nivea realized early on that animal testing wasn’t ideal. Not only does it place helpless creatures in harm’s way, but it’s also unnecessary.
Since animals and humans have different physiology, experimenting on mice is pointless. On top of that, the practice can be quite expensive.
There are a few rules that Nivea follows to ensure its products are cruelty-free.
The first, and most important, is that the company doesn’t test any finished products on animals.
Other than that, the brand stays away from third-party experimentation. These are businesses that will independently test products to ensure their safety.
To avoid any unintentional animal testing, Nivea prefers to research its products in-house.
Finally, the German brand ensures that all of its ingredients are cruelty-free. That means it doesn’t hurt any harmless creatures while the creams and lotions are in production.

Why Does Nivea Test on Animals?

The main reason Nivea experiments on animals is to reach a wider audience. To make sure the brand can sell its products all over the world, it needs to meet certain criteria.
For instance, China has specific rules about any products entering the country.
For starters, let’s take a look at general products like lotions. If they contain new ingredients or are for children, animal testing is mandatory.
In addition, to sell the products in mainland China, they have to go through a second round of tests.
Sometimes Nivea will have to conduct these tests on its own. However, China also conducts further experimentation as soon as they receive fresh shipments.

Is Nivea Vegan and Cruelty-Free? The answer to this question will depend on where you’re buying the products.
In the USA, it’s safe to assume that almost all the products are cruelty-free. This applies to most European countries in the EU as well.
So, before you buy a product, it’s crucial that you check the manufacturing location. If it has Asian roots, chances are some animal testing was part of the deal.
However, this isn’t always the case. To avoid possible confusion, there’s an easy way to point out what products you can buy.
Once you pick up a cruelty-free item, it should have the Leaping Bunny logo. This is a tiny icon that looks like a white rabbit jumping up.
That seal guarantees that the brand doesn’t harm animals in the making of its products and items.

Can Vegans Use Nivea?

A vegan item is one that doesn’t include any animal by-products in the ingredients list. There are a few Nivea products that follow this rule.
That includes an entire skincare line. These products should be safe to use if you identify as vegan.
Unfortunately, we can’t say the same for the rest of the brand’s catalog. Many of its best-sellers contain one or more components that it derives from animals.
For that reason, before you pick up a cream, make sure to read the ingredients list thoroughly. Plus, it’s good practice to avoid any products that don’t explicitly say they are vegan.

Is Nivea Not Cruelty-Free?

Nivea tries to be as environmentally conscious as possible. It attempts to stop animal testing practices where it can.
Sadly, the brand is unable to label itself as cruelty-free.
This is because it sells many of its products overseas. That means it’ll have to test on animals to comply with foreign governmental regulations.
On top of that, the German company includes some animal by-products in its lotions.

Does Nivea test on animals? To answer this question, we have to take a look at some factors.
For starters, location will play a major role. In the EU and countries like the USA, animal testing is completely prohibited.
However, other regions, like China, require a certain degree of experimentation. That’s especially true for products that Nivea markets to children.
Other than that, the brand uses animal by-products to manufacture some items. So, the company also struggles to achieve a vegan title.

If you liked this blog article about the question: “Does Nivea Test on Animals?”, don’t forget to follow us on Pinterest so you don’t miss any more fashion and beauty news. 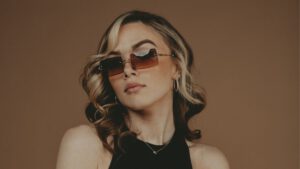 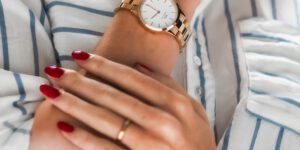