In today’s post, I’m going to share with you 52 rich looking outfits that will make you look expensive without breaking the bank.

These are exactly the outfits that most rich women wear to not only look expensive but to be so.

Because of this, wearing these expensive-looking clothes will not only make you appear wealthy but also may change your emotional state, making it simpler for you to attract a lot of money.

The question about rich or expensive looking generally refers to a person who embodies wealth through appearance and charisma.

Of course, we all know that this is very stereotypical and fraught with many prejudices. But still, most of us are constantly striving to look even more professional and confident to attract the right people, career opportunities, and life circumstances we desire.

We can look rich in a variety of ways – and in this case, it also strongly depends on the occasion, the environment, and the setting in which we want to make an impression.

As a rule, it’s not so much WHAT we wear that matters, but HOW we wear it. In short: Our charisma is more important than our outfit.

So when it comes to our charisma and its effect on others, you are always best prepared if you think about the occasion and the people there beforehand. Only in the next step is it about us: what we want to wear and what we want to bring with us.

What is The Rich Girl Aesthetic?

Mostly, the “rich girl aesthetic“ is equated with the timelessly preppy “old money aestehtic“, which can be confirmed in any case.

BUT it’s important to note that there are also many nouveau riche people who also belong to the rich girl aesthetic. However, in contrast to the old money women, they are neither heavy heirs, nor aristocrats. They have mostly earned their money themselves and therefore have a completely different fashion style.

Their style isn’t characterized by timeless, elegant looks, but mainly by designer brands with flashy logos to show that you have money. So this is more about recognition than enjoying creating outfits and matching looks.

Do Wealthy People Buy Luxury Brands at all?

That’s a challenging question, which we can only answer very stereotypically again.

It’s clear that wealthier people, in particular, also buy from more expensive brands. But just because a person wears a designer brand, it doesn’t mean they are affluent. There are far too many good tricks for faking wealth these days.

But I can say from experience: the really wealthy people hardly ever wear clothes where you can immediately recognize the brand. In most rich circles of acquaintances, it is simply indecent, if not inappropriate, to wear clothes with a thick inscription or an all-over print with a designer logo.

They are much more likely to go for genuine quality in the form of proper material, cut, and durability. But in the end, most of them don’t care about the brand – it’s just that quality often comes at a price, and that’s why wealthy people tend to spend more on their clothes.

Of course, there are also just as many people who wear these “flashy” clothes who have money, but usually, these are then rather nouveau riche than really rich.

20+ Brands That Make You Look Rich

We’ve split our list into two here because we think there’s something for everyone.

The important thing is that the affordable brands aren’t worse than the designer brands, but just very good for their price. In our selection, we looked at categories like quality, durability and selection, seasonality, manufacturing and production, and working conditions.

What Clothes Make You Look Rich?

Now that we know WHERE to shop to look rich, we need to know WHAT to buy there in the first place.

Here are 10 timeless pieces that are unbeatably expensive-looking:

Tweed Jackets are the best and most loyal friends we can find in the outerwear world due to their thick, high-quality fabric. They’re also perfect for the increasingly warm transitional season leading up to summer, as they look just as classic buttoned up as they do casually thrown on.

Because one thing is for sure: as the trademark of the renowned and globally popular luxury brand Chanel, it’s hard to imagine a catwalk, Parisian alleyway, or Instagram feed without the tweed jacket.

A fitted blazer not only sets off your feminine curves, but it’s also, above all, an easy-to-combine companion for every day.

Do we need to say much more about it? I think not.

After Pretty Woman, we all know that fitted dresses made of a high-quality fabric like cotton, linen, or silk are the epitome of expensive-looking.

There’s something special about hats that can make any look that much more luxurious in no time.

And yes, everyone has a hat face! Don’t tell yourself you don’t look good in hats. That’s not true!

Who plays tennis if not the rich and famous? So go for a sportier look with a classically chic and timeless tennis skirt!

These are 7 simple tips on how to look rich that really anyone can follow and look a lot richer and more attractive!

What Colors Make You Look Rich?

There is no general answer to this, because every color can make you look rich as long as it suits you.
But you should avoid neon colors or flashy patterns and prints, because they are difficult to combine.

20 Unmistakable Signs of a Rich Girl

Finding out whether a girl is rich or wealthy isn’t so easy these days.

Because nowadays you can not only buy a driver’s license or a high school diploma and fake it, but also the status of being “rich”.

In truth, it’s often the other way around: the really rich are usually less conspicuous and also often very restrained, relying on timeless, minimalist pieces.

Those who are forced to look rich often tend to want to show very obviously what they have:

This can be through (fake) watches or other designer pieces that very obviously show the brand’s logo.

Nevertheless, there are less obvious signs that tell you that a woman is wealthy.

What Does Jewelry Say about a Woman and Can it Make her Look Rich?

Women in particular love jewelry as it is a symbol of femininity and even social status. Jewelry makes us feel beautiful and confident and can also enhance our glamour from within.

So, if the jewelry is used properly and not overdone with it, it definitely has the potential to make us look rich. A phenomenon that we know especially from our grandparents or aunts. Jewelry in a healthy, minimalist framework can make us shine from the inside as well as from the outside and therefore enhances our look by quite a bit.

Does Jewelry Make You More Attractive?

Not only the well-known handbag as a woman’s status symbol makes her look more attractive and personal, but also her choice of jewelry she wears has a great effect on how she is perceived.

A bracelet, for example, can complete the outfit of a stylish, elegant woman all by itself.

This is because several surveys and studies have proven that many men appreciate a woman with a bracelet that makes her even more attractive in his eyes. Often bracelets and other hand jewelry make the hand look more seductive and slender.

Even a ring or a plain chain has something seductive, magically attractive to a man.

So if you implement the jewelry tips from this blog article, you are sure to look a lot more attractive to others.

*Disclosure for the articl about the best 52 Rich Looking Outfits: We only recommend products we would use ourselves and all opinions expressed here are our own. This post may contain affiliate links that we may earn a small commission at no additional cost to you.

If you liked this blog article about the best 52 Rich Looking Outfits, don’t forget to follow us on Pinterest so you don’t miss any more fashion and beauty news! 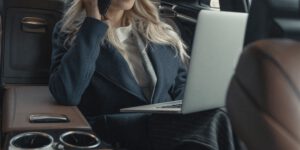 What Makes a Woman Look Wealthy: 20 Things You Need to Consider 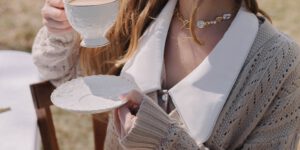 35 Brands That Make You Look Rich