They say you shouldn’t believe everything you read on the internet. Cetaphil’s statement on animal cruelty is one of those. Does Cetaphil test on animals? If you do a quick search to find out, you see the company claiming that it doesn’t test any of its products on animals.

However, looks can be deceiving, because I came to the conclusion that there’s a high chance that Cetaphil tests on animals.

Want to know how this is possible despite the company’s claim? Keep reading!

Does Cetaphil Test On Animals?

Cruelty-free means that a product or any of its ingredients hasn’t been tested on animals. As Cetaphil failed to get their Leaping Bunny Certificate, it’s safe to say that Cetaphil tests on animals.

If you want to know how something like this could happen, my theory is it’s because of the Chinese law that all imported non-general cosmetics are required to conduct animal testing.

However, I believe that this is no excuse. Chinese law exempts locally manufactured cosmetics from doing animal tests.

Big international brands like Cetaphil can certainly afford to have their products manufactured in China to get around having to test on animals. Cetaphil makes it seem like if it does animal tests—which it pays other companies to do—it’s in a way that doesn’t harm the animals. Its laboratories will attempt to mitigate the suffering by constantly sedating the animals and afterward call it humane.

Let’s not forget that Cetaphil is owned by Galderma, which is a company that performs tests on animals.

The severity of animal testing may be mild, moderate, severe, or non-recovery. However, these are just subjective opinions made by humans. Animals can’t really speak up and tell us if the test only had mild effects, can they?

For me, any testing, no matter the degree, is harmful to the animals. Cetaphil claiming that its tests only have mild effects isn’t 100% truthful.

You can tell by the numbers since, according to PETA, 110 million animals die from animal testing each year in America. That sounds pretty harmful to me.

Cetaphil doesn’t make any claims about being vegan. However, it claims that the majority of its ingredients are from non-animal sources with the exception of a few.

It doesn’t tell us which ingredients those are, though. Honestly, this seems like a completely vague answer, Cetaphil.

Does CeraVe Test on Animals?

CeraVe is the number one competitor for Cetaphil. Both are comparable in terms of being good for sensitive skin. But upon further investigation, it seems like CeraVe also tests on animals for the same reasons.

CeraVe makes a similar statement about not testing its products on animals. There’s no statement on whether it tests its ingredients on animals or if it outsources third parties to do the tests.

What Is a Cruelty-Free Alternative to Cetaphil?

If you’re like my sister and you have extra-sensitive skin, you might prefer to stick to the one product you know that won’t irritate your skin. You probably refuse to try any other product for fear of negative reactions.

But for those of you who are willing to take the stand against animal cruelty, I’ve come up with a list of products that may be the same or even better than Cetaphil.

All of them are Leaping Bunny Certified, too!

Not to mention, Eczema Honey is also accepted by the National Eczema Association.

103 Collection has a wide array of products for both men and women. All the products are vegan and plant-based and use sustainable ingredients.

What’s cool is that the company’s products reduce allergic reactions and are safe for sensitive skin.

This brand has been around since 1998. It has a lineup of cleansers and moisturizers that are unscented, making them great for sensitive skin.

Unlike regular skincare, Grateful Body’s products are made of specific healing botanicals that are all-natural.

Abby Rose Skin Care is dedicated to sourcing reputable, organic ingredients, so much so that if they can’t find something, they would grow it themselves.

The company makes products that are clinically tested to restore and calm rough, dry, and sensitive skin.

Untoxicated prides itself on being the new, modern-day sensitive skincare line. Its products are all allergen-free, vegan, and non-irritating.

You can get different types of products like deodorants, face and hair care, soap, and body care.

Perhaps one of the more popular brands on this list, you’ll be happy to know that Garnier is now officially cruelty-free.

You can even find a sensitive skincare regimen on its website using its products.

Tychea was created by a skincare therapist. It boasts products that don’t use dyes or artificial ingredients.

Tychea says that its formula is gentle, vegan, and organic. It even has baby care and men’s skincare products.

What Companies Still Use Animal Testing in 2023? Like Cetaphil, a lot of companies also do the same to deceive us about their animal testing policies. These are some big-name brands that you should definitely avoid.

What Makeup Brands Still Test on Animals in 2023?

Here are some makeup brands that aren’t certified as cruelty-free:

It’s quite obvious that a lot of the popular, name-brand companies like Cetaphil are aware of the animal cruelty issues. However, by claiming that they don’t test their products on animals, they can simply deceive their customers instead of doing anything about it.

It seems like small companies are the ones that care. I hope that we can create more awareness of the deceit and that we all learn to research our skincare products before we purchase.

Does Cetaphil test on animals? The simple answer is yes. And so, it’s now up to us to make better choices on which products we buy. Spread the word!

If you liked this blog article about the question “Does Cetaphil Test On Animals”, don’t forget to follow us on Pinterest so you don’t miss any more fashion and beauty news! 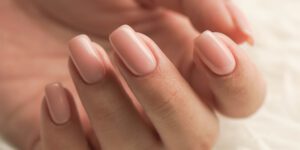